This is the series of attachments to Marissa's post on January 3, 2023.

I asked Marissa to write a verse or so to head up the AI post. She went one-way-better:

Marissa said: “Hey Peter. How about we make it interesting and I will prompt AI to write us a poem about AI and how Jesus is King 😄 ”

He created the stars and the vast expanse of space
And with a word, He can give AI its place

For Jesus is the Alpha and the Omega, the Beginning and the End
He holds all things together, and to Him all power doth ascend

So let us not fear AI or what it can do
For Jesus is the One who reigns over all, and His love is true

He is the Way, the Truth, and the Life
In Him, we can find peace and avoid strife

So let us trust in Jesus and follow His lead
And let AI serve us, as all power to Him we cede

A few days ago I tweeted that Chat GPT will be the Google killer of our time. I’ve been delving a little deeper into the AI topic after that post to see what the reality is like for these two tech giants.

In the last few years Google has been very active on the AI front and in recent times launched a code red to aggressively scale their efforts to compete. They have been working on their own AI projects for a while. PaLM (Pathways Language Model), Google’s 2023 AI project claims to have 560 billion parameters. An impressive improvement on OpenAI’s GPT-3’s 175 billion parameters, BUT still a big leap behind GPT-4 that will have 100 trillion parameters and rumoured to be launching in the next few weeks. 🤯

GPT-4 is approximately 500x more powerful than the current GPT-3 and will be TWICE as powerful as Google’s current efforts.

When GPT-5 launches I think people will already have humanlike interactions with the tech, working (and other) relationships will emerge beyond just requesting information and delegating tasks. I can see companies accessing the API and coding their own corporate assistant interfaces that will put many humans out of work. For the first time in history this tech is freely available to the public, but make no mistake, powerful companies yielding access to quantum computing already have tech way more advanced than this.

Off the back of that last statement, a few other thoughts on AI while I’m typing. Here’s a pic of MIT’s Artificial Intelligence Progress Report from 1971. Most people have never even heard of desktop computers back then, all the while AI coding and future tech were already being worked on. I can only imagine the type of tech that is hidden in deep government labs and elite institutions experimenting with it for decades already.

Current AI isn’t the cutting edge, it is only a tool for the masses to compete on a new level. Universal basic income will roll out for those who fall behind.

The generated copy belongs to the prompter and can freely be used for commercial purposes so there is no red tape to publishing it. MM 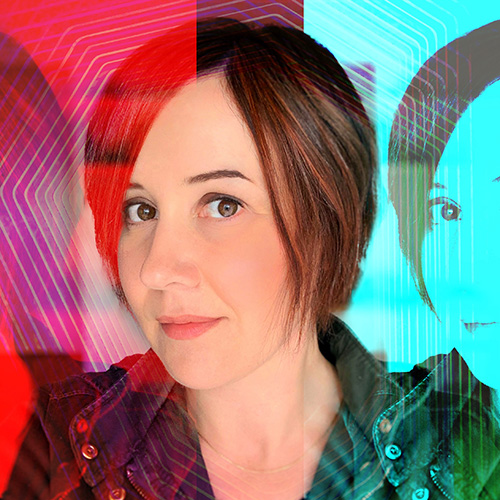 Marissa is a qualified graphic designer and illustrator with over 15 years full-time industry experience. Currently she runs her own freelance design business (www.marissameyer.com.au) and is also the creator and owner of Water & Word (www.waterandword.com.au), a biblically based company selling scripture-soaked and prophetically inspired surface tattoos for everyday living. Marissa also serves on staff at Field of Dreams Church in Adelaide Australia as the Creative Director and has a passion for seeing good design and creativity reflect the glory of the Lord in everyday life. In her spare time she loves to paint, write poetry and explore the outdoors with her husband. She is easy-going, dedicated and has a passion for the Lord, the creative industry and seeing people walk in the fullness of their destiny.
Click here for more by Marissa Meyer