The sonnet is unique among poetic forms in Western literature in that it has retained its appeal for major poets for five centuries. Taken from Britannica

Douglas uses the ‘English’ or ‘Shakespearean’ sonnet format, which is composed of three quatrains, ended with a rhymed couplet. For further history see the notes at the end of Douglas’s sonnets.

Poor in spirit, yet Possessor of all,

Bestow on me divine contradiction;

And surely bid me hear You when You call;

Regard not my lack, think not on my dearth;

Accomplish Your task, point me toward the west,

To a new Eden, indeed a new Earth,

My lips are unclean, same with all the rest.

And yet You use the lips of unskilled men,

To preach, exhort, and bring us to our knees,

To call us back and teach us once again,

The foolish lips of Paul and Sosthenes.

And fools for Christ, we all with one accord,

And bated breath, sing ever to our Lord.

Thy kingdom coming down in time and space;

Earth enlivened by a heavenly touch,

Men becoming one, the heavenly race.

Prayers for unity, holiness, the rest:

Seeking the Lord while yet He may be found;

My lips unclean, my fist upon my breast,

Think on me, Lord, and spit upon the ground;

That I may walk before You in the light;

Mend together what You’ve taken apart,

That which is bent, make to stand aright.

All this my prayer, amen, let it be so,

But naught will happen if I don’t let go.

Men convicted have two legs and know it,

Hind quarters fixed, and ever at alert;

Not excited, not so much to show it,

Stable for the long, not so much the spurt.

Aware of where he stands, and how, and why,

Comfort remains when travelling he goes;

And wage the battle from within the throes.

For life is war, to conquer and subdue,

Once tamed, love and kindness flow through;

Gentleness speaks, for those who can hear it.

The sonnet form seems to have originated in the 13th century among the Sicilian school of court poets, who were influenced by the love poetry of Provençal troubadours.

From there it spread to Tuscany, where it reached its highest expression in the 14th century in the poems of Petrarch. His Canzoniere – a sequence of poems including 317 sonnets, addressed to his idealized beloved, Laura – established and perfected the Petrarchan (or Italian) sonnet, which remains one of the two principal sonnet forms, as well as the one most widely used. The other major form is the English (or Shakespearean) sonnet. Taken from Britannica. https://www.britannica.com/art/sonnet 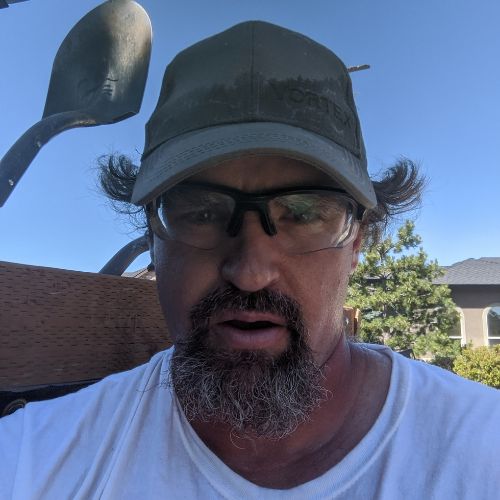 A sinner saved by grace. I live in Boise, Idaho, USA where I mow lawns, run a nonprofit, and write poetry.
Click here for more by Douglas Gates