WHAT DID YOU SEE?

When I opened my eyes in the morning

All the first-borns were dead. Just as Moses said.

I was in fear.

I wanted to let them go.

But that could damage my reputation.

How would they hear.

That they just demanded and I allowed them go.

I have always thought my magicians are unstoppable, but with my eyes I saw their might come to nothing, one Aaron’s rod turned into a snake and swallowed all their snakes.

With my own eyes I saw something that I had never heard before,. Water became blood then frogs came out of it to fill the whole land. I knew it was the finger of the Lord.

One pestilence followed the other .

One plague followed the other,

I left them to finally go, I felt my honor diminish in the whole of Egypt.

I had to restore it back.

I trailed them and my eyes saw something, the river divided, people walked on dry land in the middle of the river, but my soldiers and I could not go through.

The Hand of the Almighty fought me 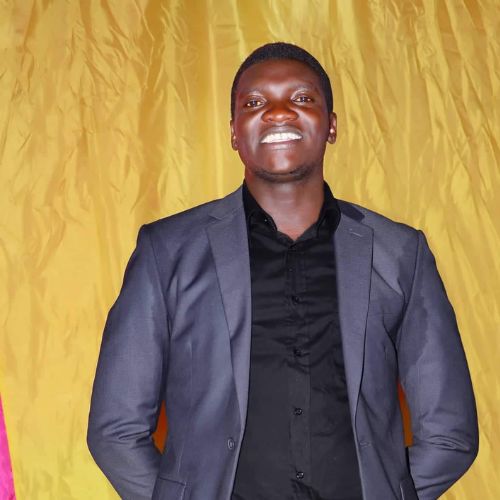 Jabongi Micheal was born in 1989 and grew up in a Kampala slum called Kamwokya in Uganda, a place where most of the children couldn't afford education and most of his age mates became law breakers and girls at an early age resorted to prostitution. He went on to study in a public school and completed high school but his parents couldn't afford to pay for him to go to university. In 2013, he was one of the founders of Oasis of Life Destiny Church in a slum called Namuwongo. In 2015 he did a Certificate in Bible teaching at Doers Of The Word Bible Institute. He got a degree at Gate Breakers Bible School and in 2021 went on to pastor at Global Evangelical Community Church. He has a passion for teaching writing but is challenged with the level of illiteracy in the community where he lives. A lot of parents can't afford to pay school fees for their children and more can't afford a meal a day. He strongly believes that in the near future he will help them go to school and start up orphanages and elderly homes. His passion for the Word has guided him to write scripts, plays and poems.
Click here for more by Jabongi Micheal